The REMA Process of Who, What, How and sometimes When 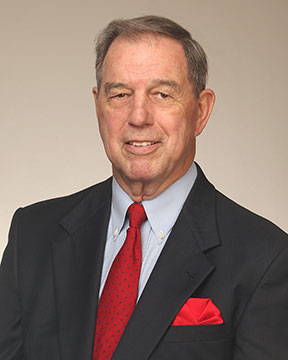 David F. Parker has been a leading real estate consultant for over four decades throughout the United States and in 16 other countries. Prior to that, he was president of Audubon New Community in New York, Deputy Director of Sadat City in Egypt, and Consultant to Milton Keynes New City in England. His lectures, articles and books guide many real estate developers. Dr. Parker holds two degrees in urban planning from Michigan State University and a doctorate from the State University of New York at Albany www.parkerassociates.com.

Over the past four decades, David Parker has been responsible for a wide range of management, development and marketing innovations in the real estate industry as corporate executive, planner, teacher, author and consultant. His skills have been applied to projects in Europe, the Middle East, Central America and the Caribbean as well as in many parts of the United States and his native Canada. All have received David Parker's distinctive blend of academic knowledge and development management experience, combined with his focus on consumer characteristics as the key to generating optimum marketing results.

Prior to 1982, David Parker's career included marketing private housing in the British new city of Milton Keynes; directing planning and initial development of Sadat City in Egypt; president and CEO of development for Audubon New Community outside Buffalo, NY; development of New York State's planning programming-budgeting system; and in 1959 named "National Builder of the Year" by Canada's National Builder Magazine.

Dr. Parker holds a master's degree in urban planning from Michigan State University and a doctoral degree from the State University of New York at Albany. Memberships include American Institute of Certified Planners, National Association of Home Builders Institute of Residential Marketing and National Council On Seniors Housing, Urban Land Institute Council on Community Development, Southeast Resort Real Estate Council and Jacksonville Mayor's Commission on Housing. He has authored dozens of articles on marketing, planning, budgeting and management. Parker has authored many books including Marketing New Homes and Selling New Homes (National Association of Home Builders, Washington, D. C.), and a second edition of Marketing New Homes, available from the NAHB bookstore in Washington, D. C. with significant additions to the first edition.

Find out more about Parker Associates at www.parkerassociates.com. REMA and the Hammock Beach Project